research and Development for autotech

Diadrom’s offering in R&D (Research and Development) includes development and verification of built-in software. i.e., software that is part of the product itself. The software is in the built-in computers (control units) that control / control physical module functions, such as the engine (ECM control unit) and gearbox (TECU control unit) in a vehicle. Communication via networks in vehicles has enabled an explosion of new functions, such as adaptive cruise control and automatic braking in the event of a collision risk. 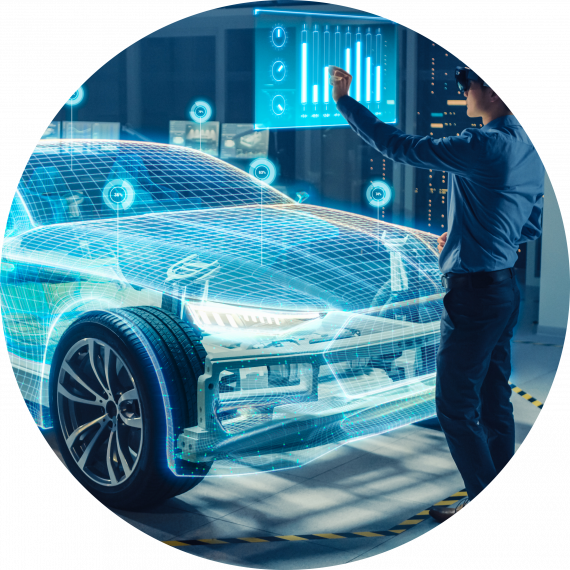 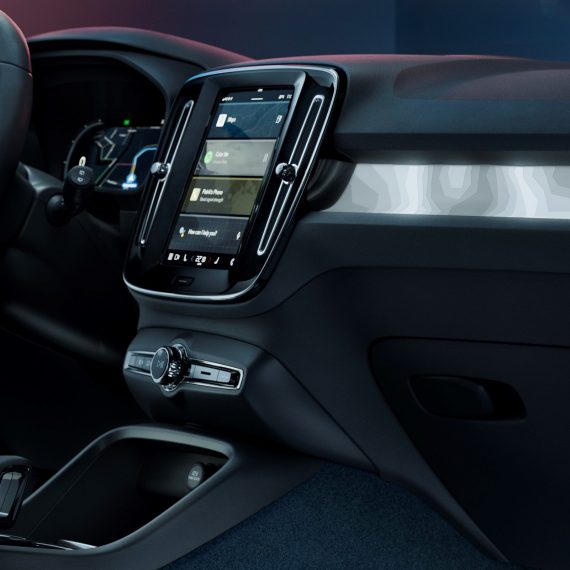 As automotive infotainment and Advanced Driver Assistance Systems (ADAS) are increasingly becoming more advanced and require higher data transfer rates new protocols are introduced on the market to meet these needs. One of the new protocols in the forefront are Maxim Integrated Gigabit Multimedia Serial Link 2 (GMSL2) protocol and Diadrom now includes support for it together with the Volvo Cars designed protocol VSPoverLVDS in our products.

Diadrom has been working together with Volvo Cars and Maxim Integrated and using their protocol GMSL generation 1 for several years.

Diadrom has been involved in enabling communication, Unified Diagnostic Services (UDS) and software download for GMSL1 applications in multiple cameras and displays for many customers in the Volvo Cars family. Volvo Cars request for larger displays with increased pixel density has caused a rapidly increasing demand for video bandwidth. Driver assistance and the more challenging autonomous drive require conformance to ASIL standards. Maxim Integrated and Diadrom are in a position to support these challenges.

As of today, Diadrom have support for the Volvo Cars protocol VSPoverLVDS, for both GMSL1 and GMSL2, in our products Diadrom Autotech Bootloader, Diadrom Diagnostic Communication Stack and Diadrom Dolphin and our products have been used by several customers and are included in mass produced automotive vehicles.

Diadrom’s offer to R&D (Research and Development) is about developing, testing and verification of  software systems and processes that enable products with high uptime and flexibility.

development of diagnostics REQUIREMENTs for Software, Test and Verification

embedded software and IT systems development

test and Verification of Software and IT systems

What is included? (except from great people from Diadrom)

The Diadrom Academy is a tailor-made training on how to develop on & off board systems for Diagnostics. With over 20 years of experience in developing Diagnostic IT systems and embedded software Diadrom is transferring our long knowledge to our new and old colleagues.

Furthermore, the team delivery is managed according to the ISO 9001 quality management system which helps Diadrom to ensure that we meet customers and other stakeholders requirements related to a product or service

Tailormade delivery – all projects are unique and Diadrom have the knowledge and experience to identify best practises, right team roles, resources and a road ahead to ensure a successful project 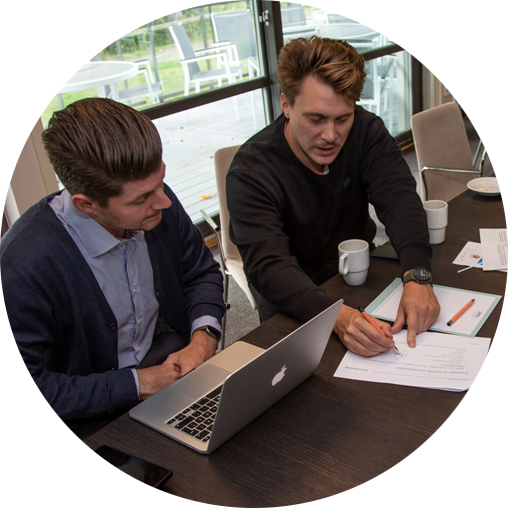 boot camp with the fundamental concepts and technology stacks for diagnostics

certified according to the iso 9001

Autotech reliability is our mission​ 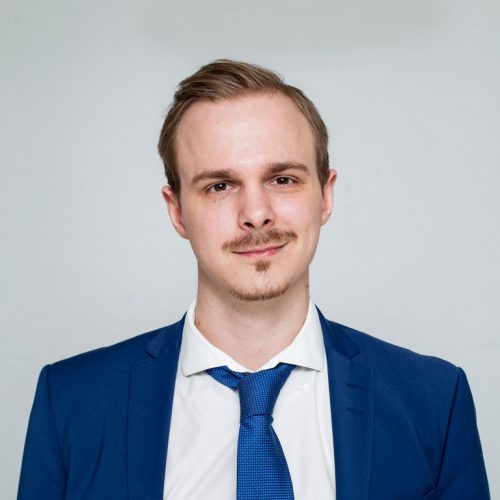 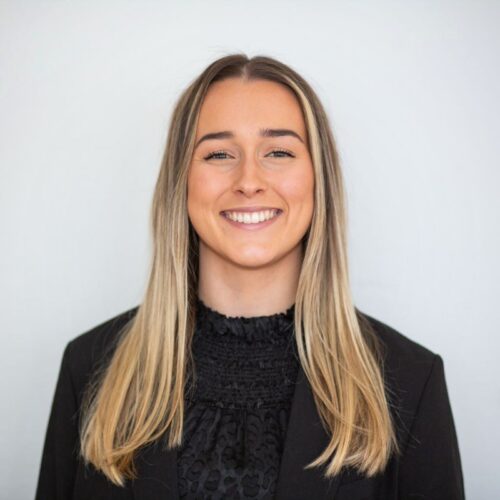 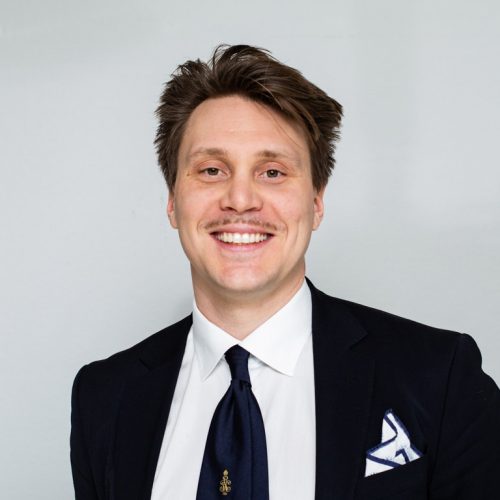 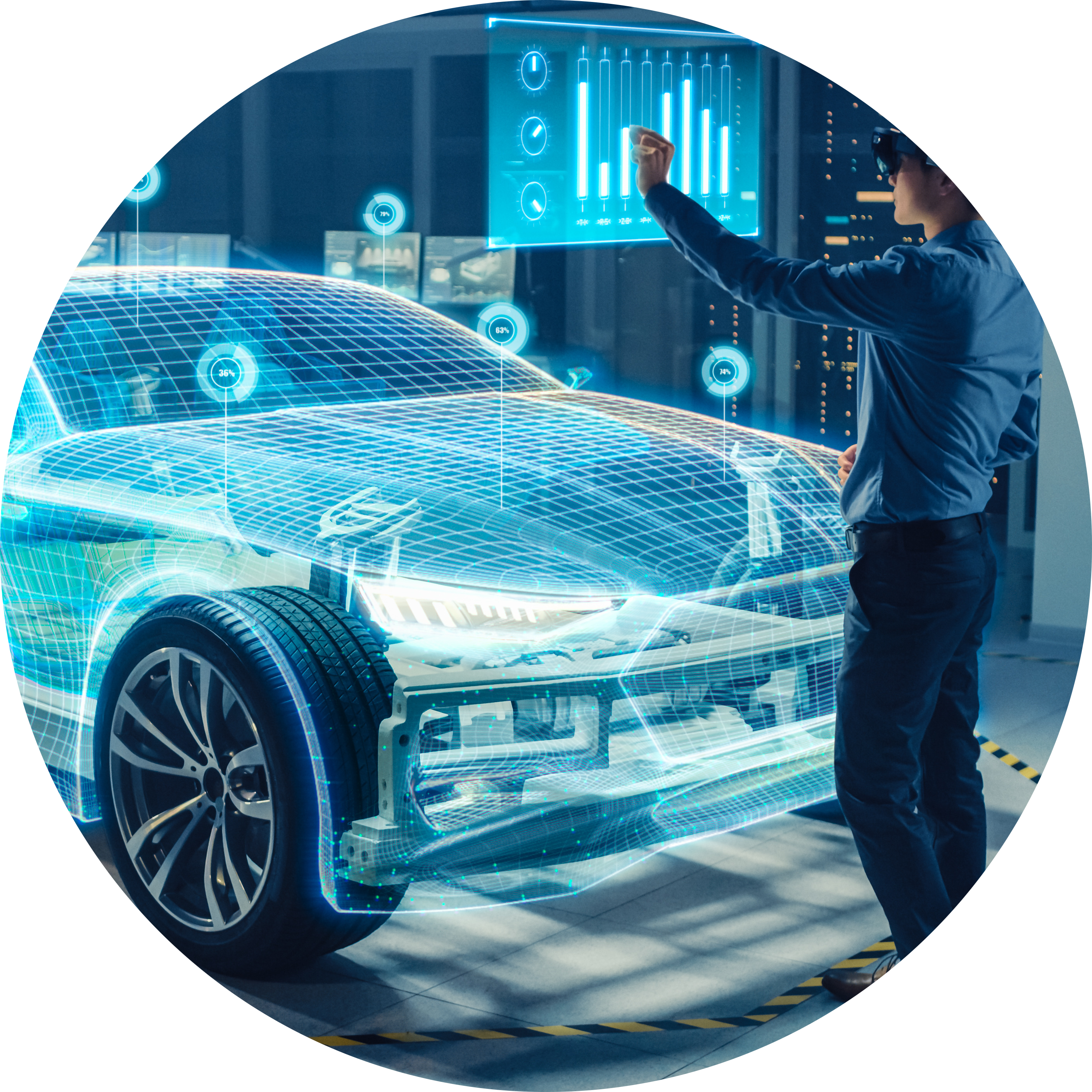 Diadrom have gathered a vast experience, skill set and knowledge about the major Swedish OEM and T1 suppliers throughout the years.

Please read more about our Research and Development reference cases below. 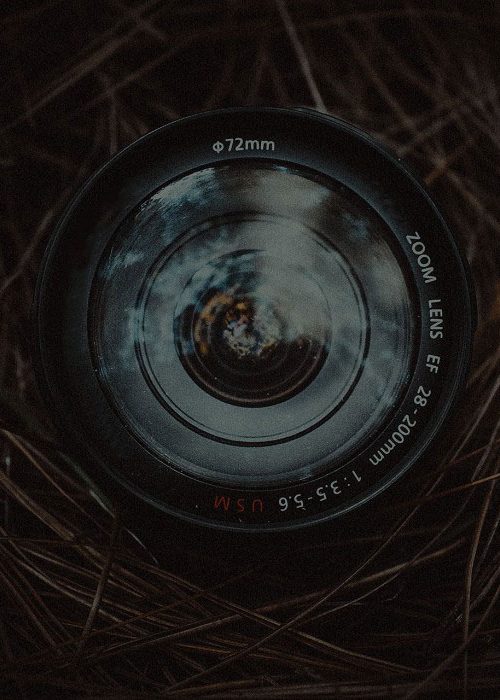 ABOUT THE PROJECT – Developing and diagnostics of a camera module

The rapid development of “Advanced Driver Assistance Systems” (ADAS) has created a situation where all automakers have an increased need for image processing. However, novel challenges need to be addressed due to the strict requirements on reliability, unit cost, bandwidth and life time expectancy.

The role of Diadrom was to develop the control, software download and diagnostics (UDS) in the Camera module that contains a high speed LVDS link (1.6 Gbps).

This sort of safety critical systems needs rigid software process control and verification procedures. However, we needed a rapid agile development process. This led us to develop a large set of automated tests to prove requirement compliance. The complete automated test execution, often performed at night, runs for about 8 hours. Today, this test process is named Diadrom Dolphin.

Do you want to know more?

Diadrom received an order from Scania for expert consulting on a new generation of communication framework.

The order refers to expert consulting in the area of next generation vehicle network communication technology and diagnostics for automotive technology.

Do you want to know more? 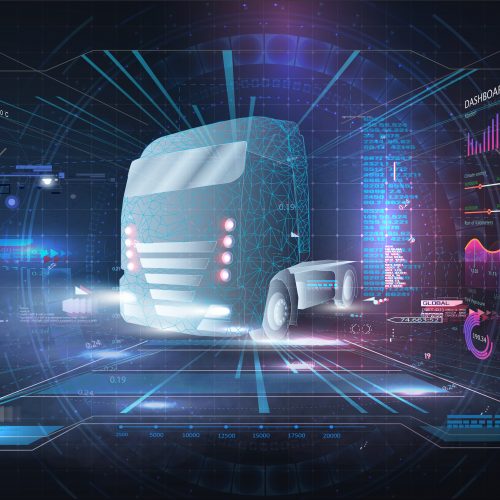 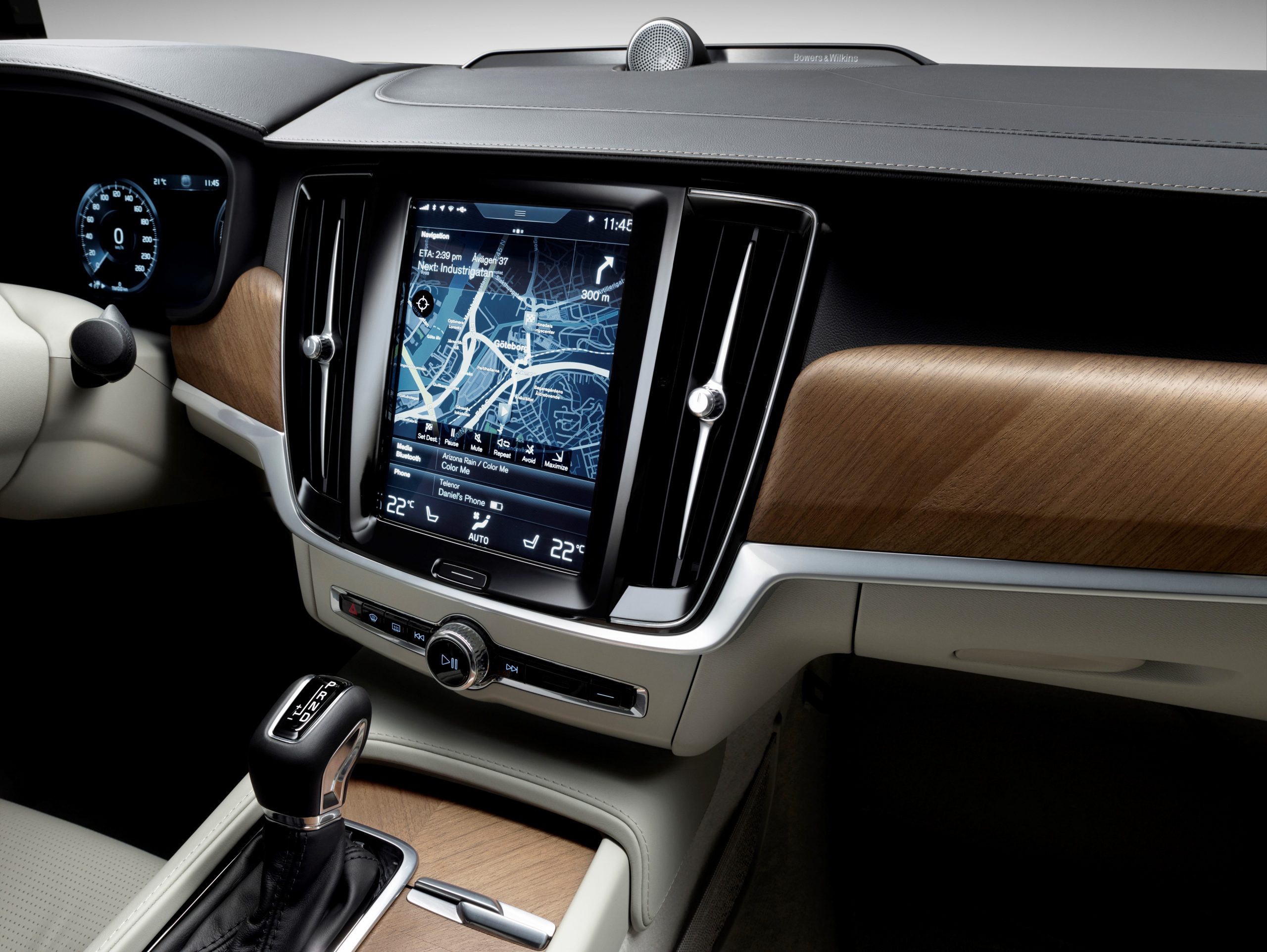 LG Electronics were sourced by CEVT for CSD (Center Stack Display) and in need for further testing of their CSD.

Diadrom develop test cases from the software test description and run test cases towards CSD and analyzed the results from the extensive testing with Diadrom Dolphin. LG Electronics then implemented the bug fixes, with the feedback from Diadrom, and then run Diadrom Dolphin by themselves to verify the implementation.

Do you want to know more?
more info? Email us!
We use cookies on our website to give you the most relevant experience by remembering your preferences and repeat visits. By clicking “Accept All”, you consent to our Integrity Policy.
Cookie SettingsAccept All
Manage consent

This website uses cookies to improve your experience while you navigate through the website. Out of these, the cookies that are categorized as necessary are stored on your browser as they are essential for the working of basic functionalities of the website. We also use third-party cookies that help us analyze and understand how you use this website. These cookies will be stored in your browser only with your consent. You also have the option to opt-out of these cookies. But opting out of some of these cookies may affect your browsing experience.
Necessary Always Enabled
Necessary cookies are absolutely essential for the website to function properly. These cookies ensure basic functionalities and security features of the website, anonymously.
Functional
Functional cookies help to perform certain functionalities like sharing the content of the website on social media platforms, collect feedbacks, and other third-party features.
Performance
Performance cookies are used to understand and analyze the key performance indexes of the website which helps in delivering a better user experience for the visitors.
Analytics
Analytical cookies are used to understand how visitors interact with the website. These cookies help provide information on metrics the number of visitors, bounce rate, traffic source, etc.
Advertisement
Advertisement cookies are used to provide visitors with relevant ads and marketing campaigns. These cookies track visitors across websites and collect information to provide customized ads.
Others
Other uncategorized cookies are those that are being analyzed and have not been classified into a category as yet.
SAVE & ACCEPT
Powered by